This skill practice builds on the Man City ‘Overloads In Advanced Areas‘ theme, developing our previous Technical passing practice (46-P1). Here we have 2 v 1 in both deeper and advanced areas, with a 1 v 1 in the central zone. Objective is for 2 defenders to combine in 1 or 2 touches to play into central player.

Central player can only move into wider zone after pass has been made (unopposed), emphasising weight of pass and timing of run. Central player must then play forward into 2 attacking players (2 v 1) who must score in 2 passes in one of 2 mini goals. If the defending team wins the ball, can they score in mini goal as a 3?

This shows how units can create pocket overloads to break defensive lines in the midfield and attacking thirds. We can see from this situation between City and Chelsea during the 2017-2018 Season, how Pep attempts to create an overload in the half spaces (pockets).

Birds Eye View | From Game to Practice to Game

We can view the area of the pitch in which this session would be positioned, placing the practice into context for both players and coaches. Our number 10 (De Bruyne) in the example drops into the space, and Silva (11) makes run in behind.

A closer look shows clearly the passing options in possession and the challenge faced by defenders. Focus on creating space to play forward and movement into spaces to receive advance. Possible progressions could include the 10 is now opposed and so will have to wriggle out of trouble in central areas and 10 and 11 can rotate with 11 dropping off the shoulder to receive in central zone space to play forward.. Be creative! 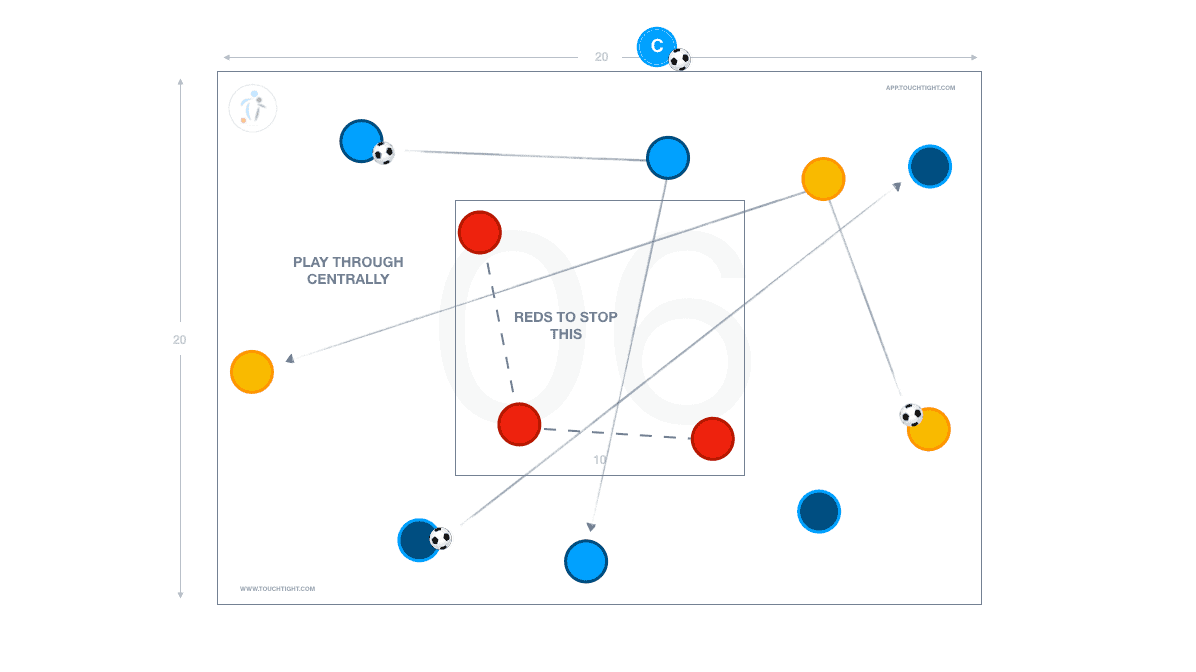 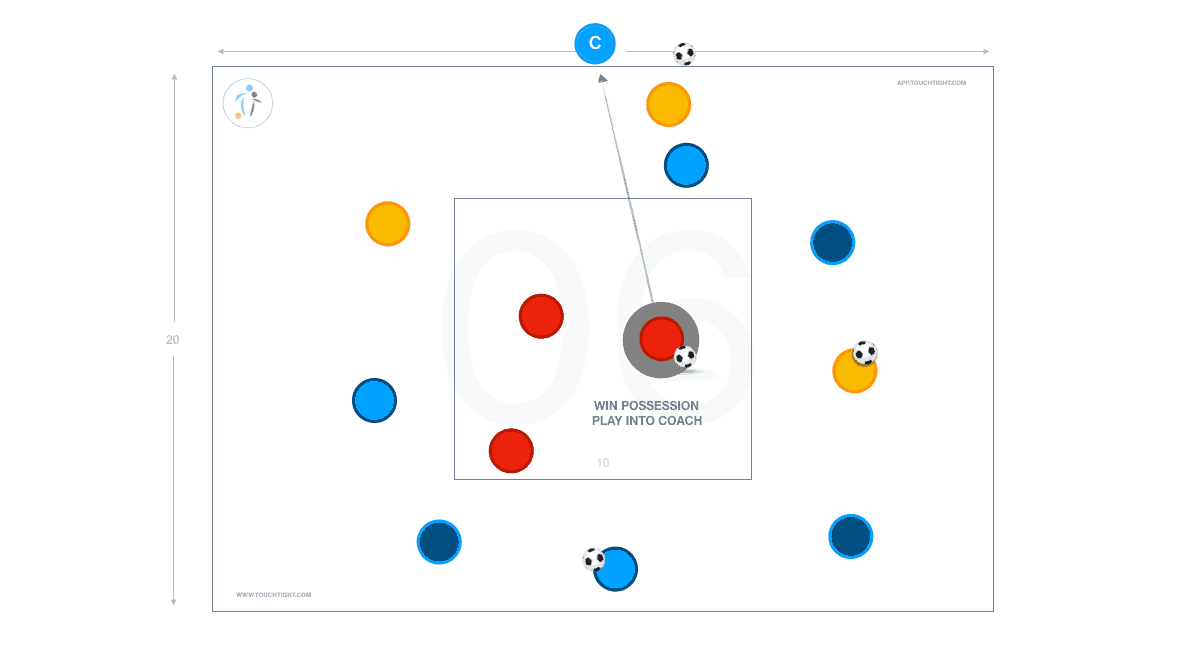 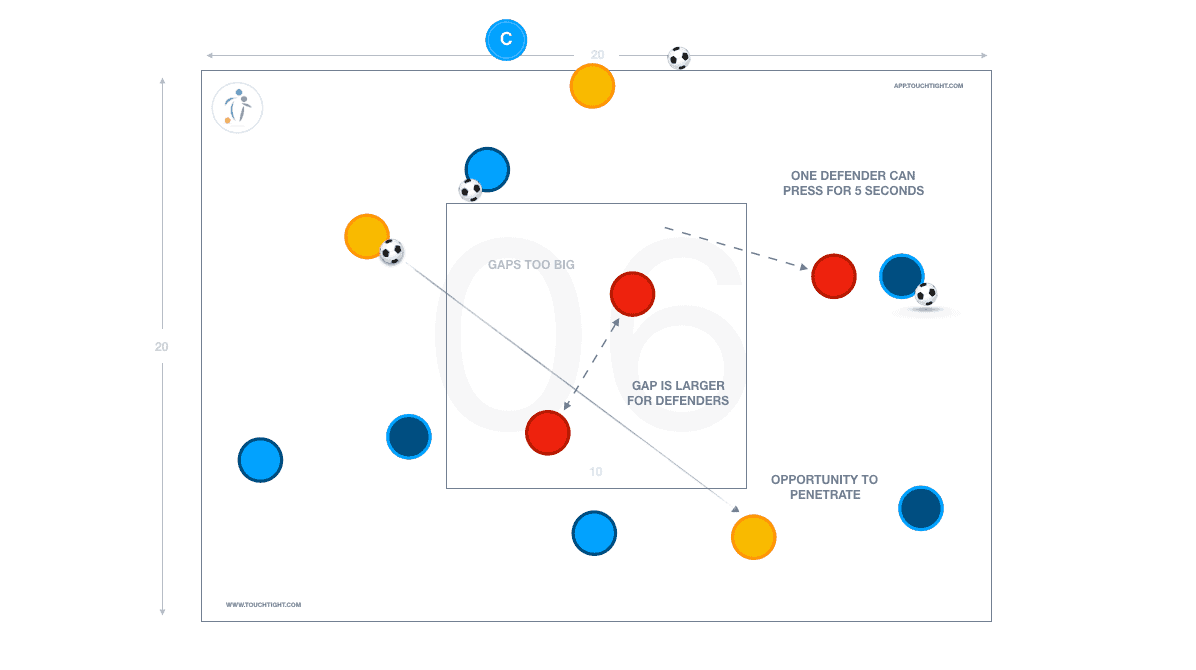 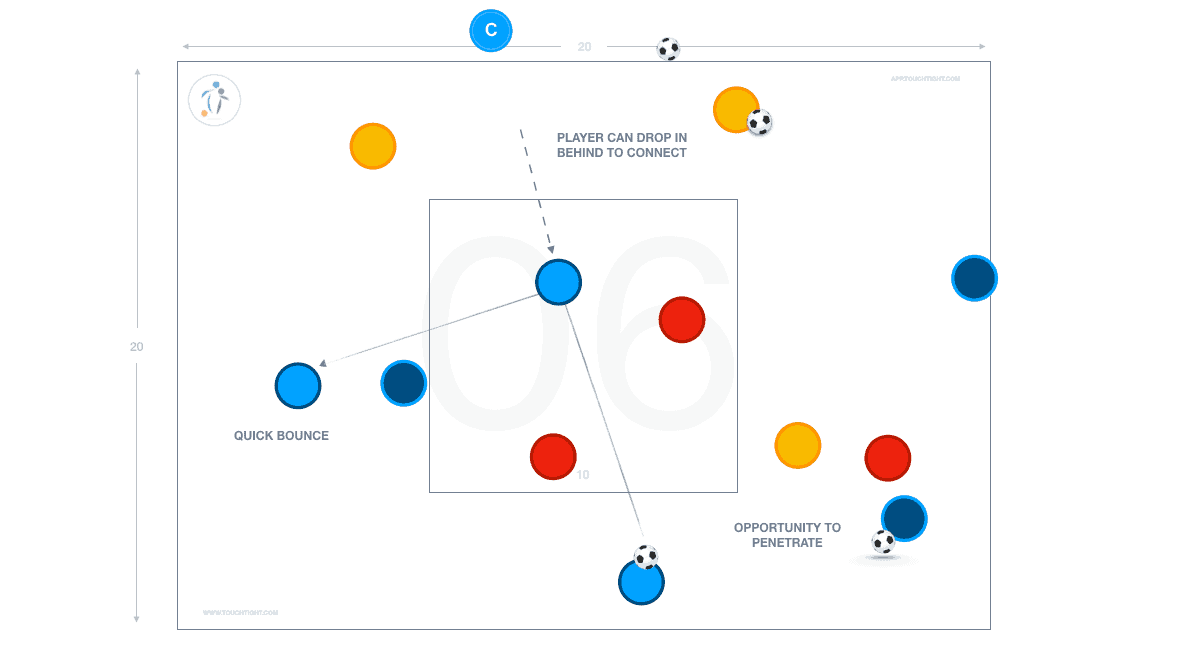 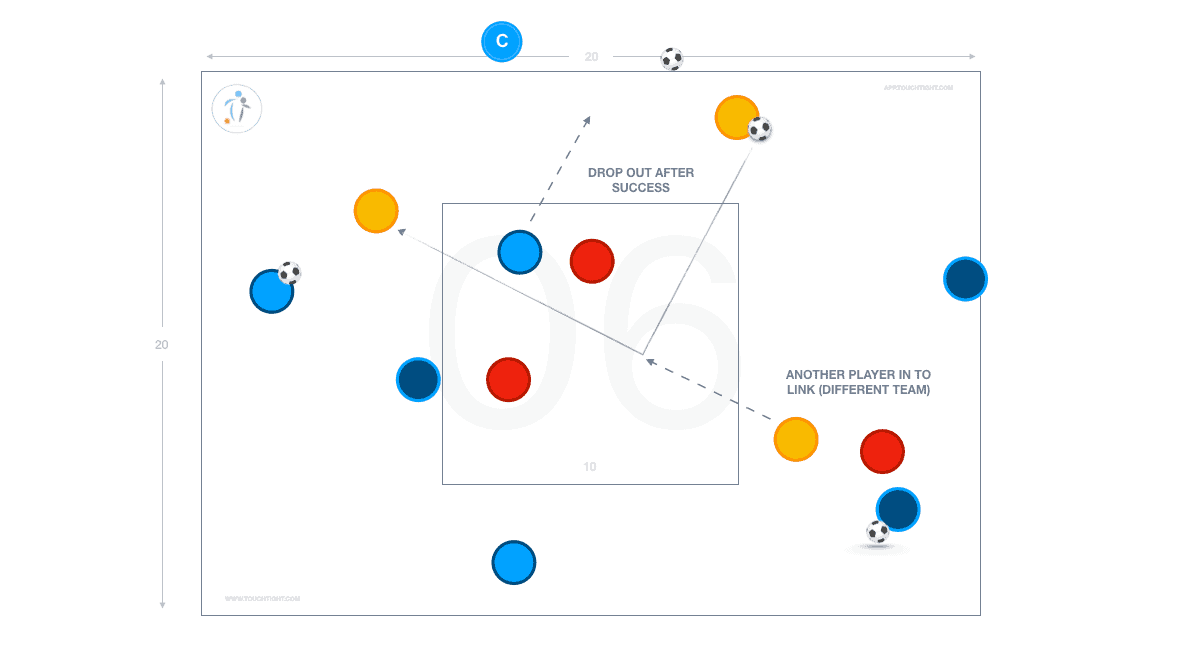 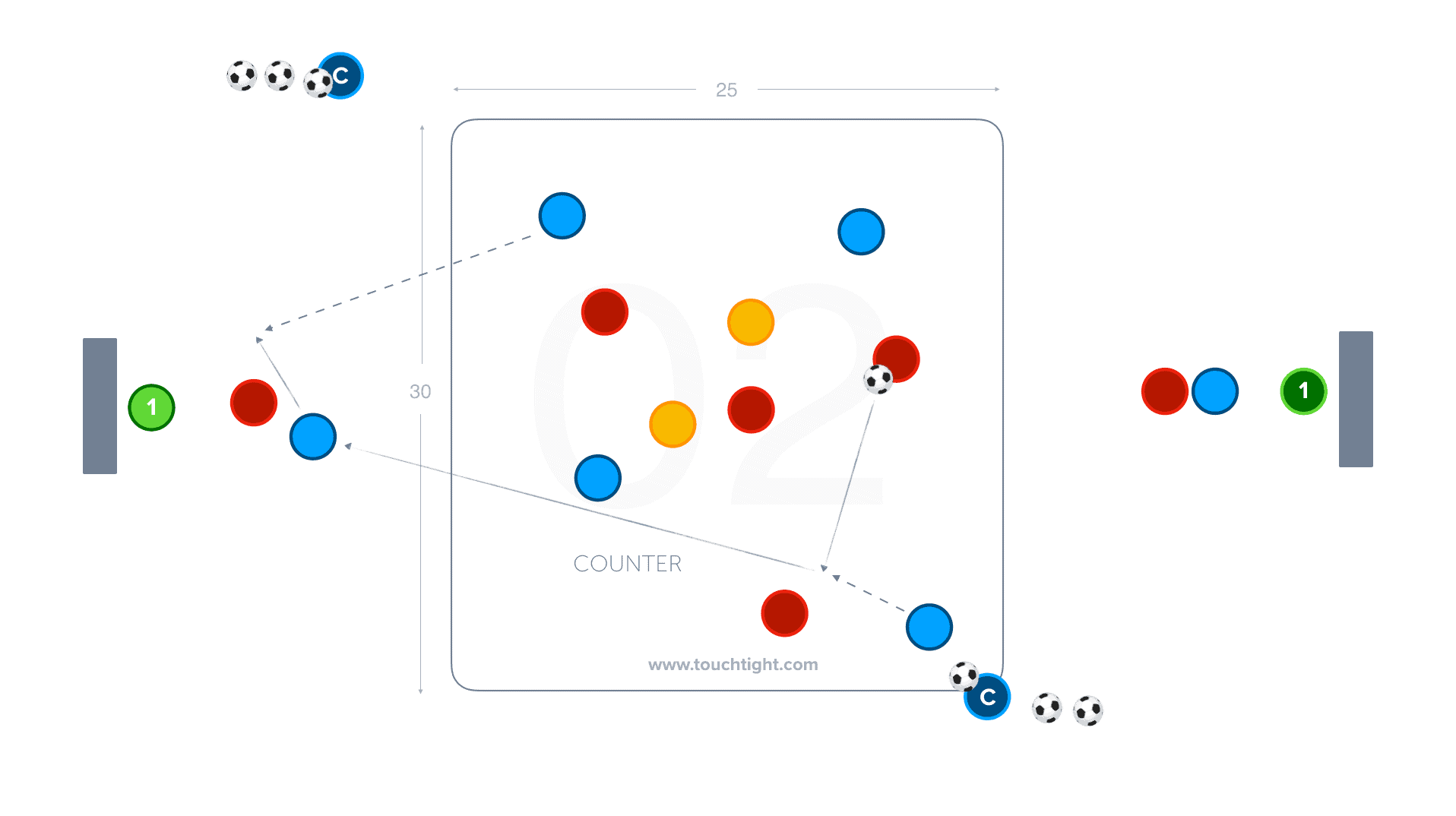 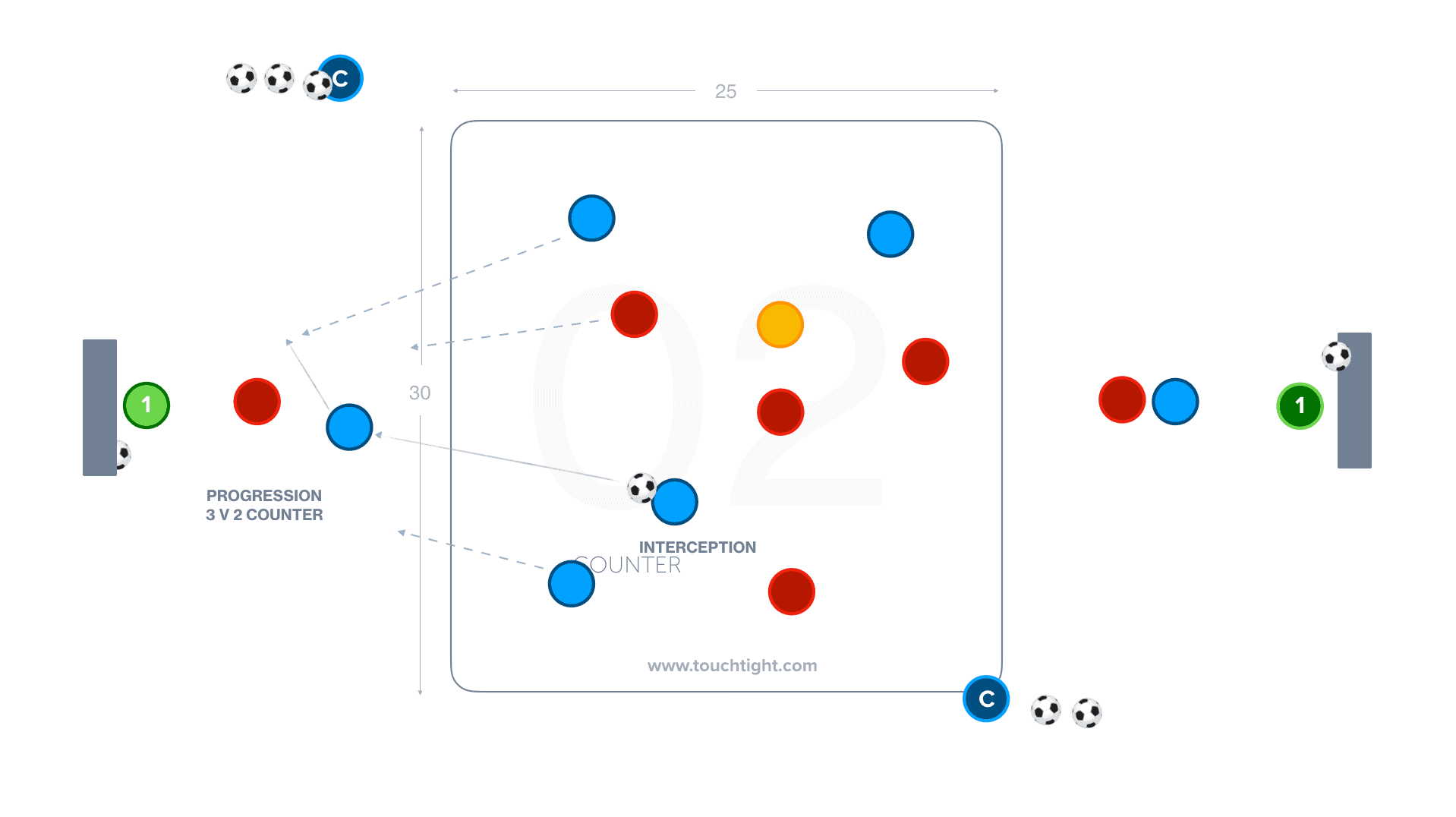 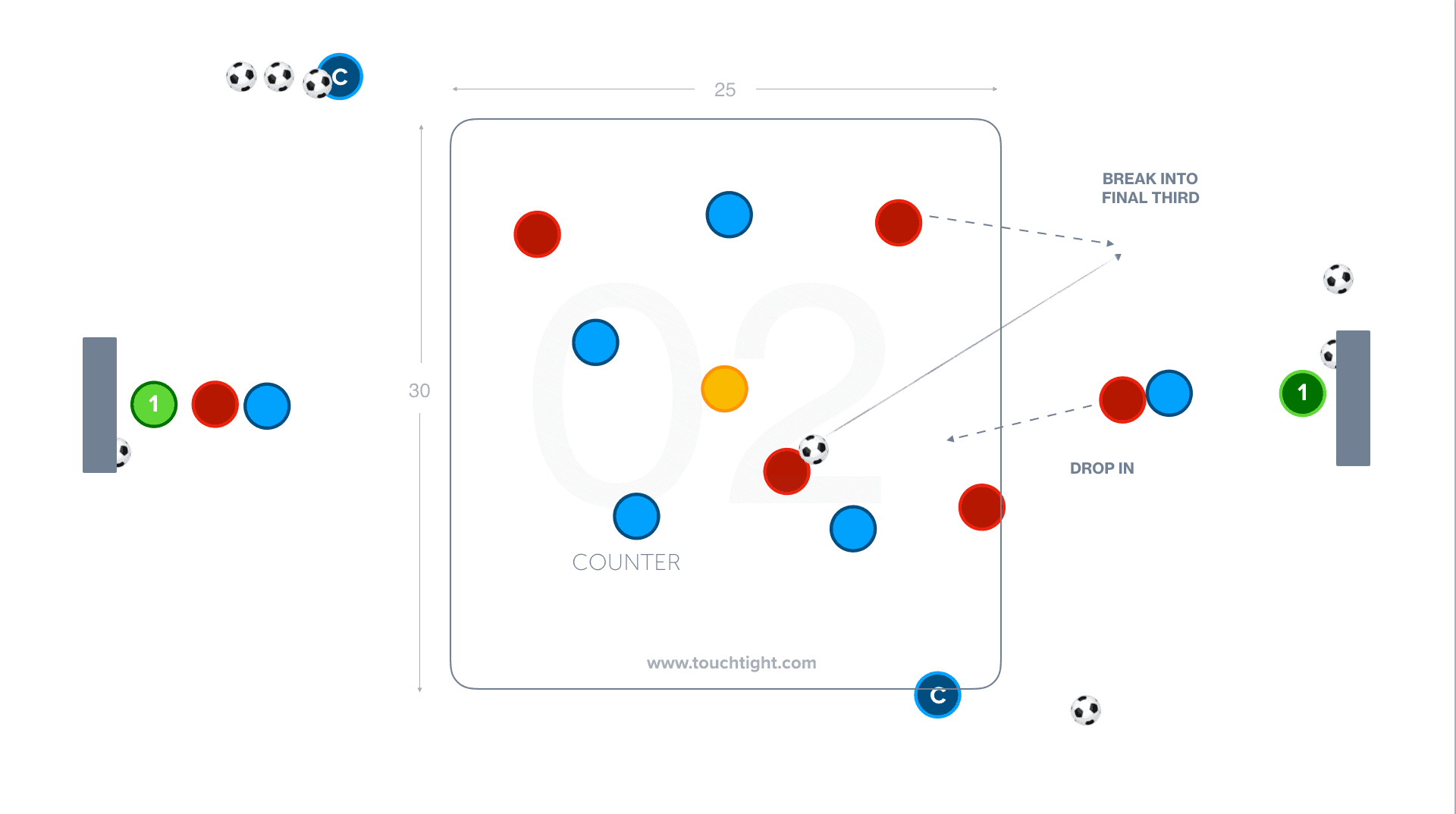 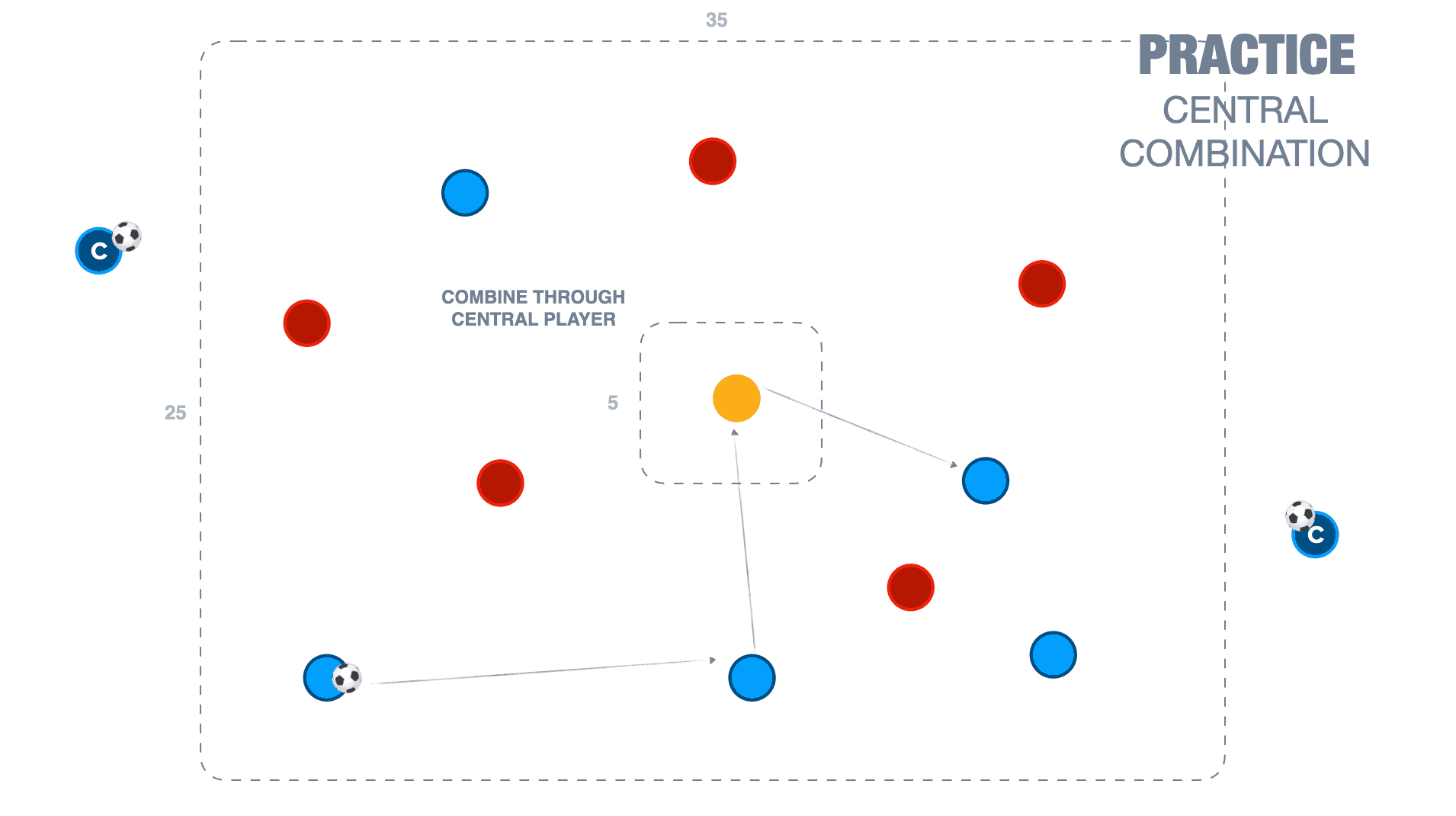 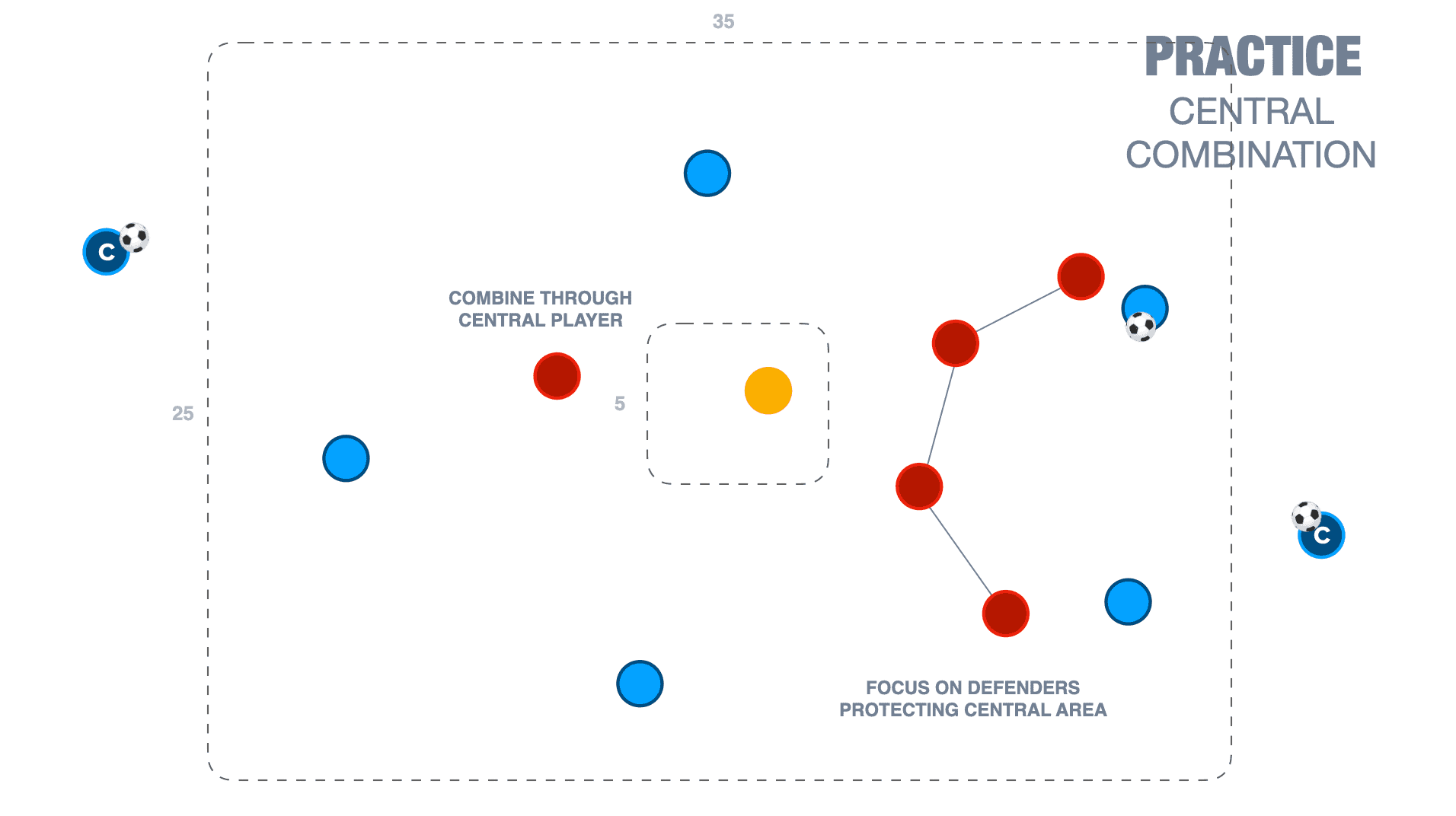 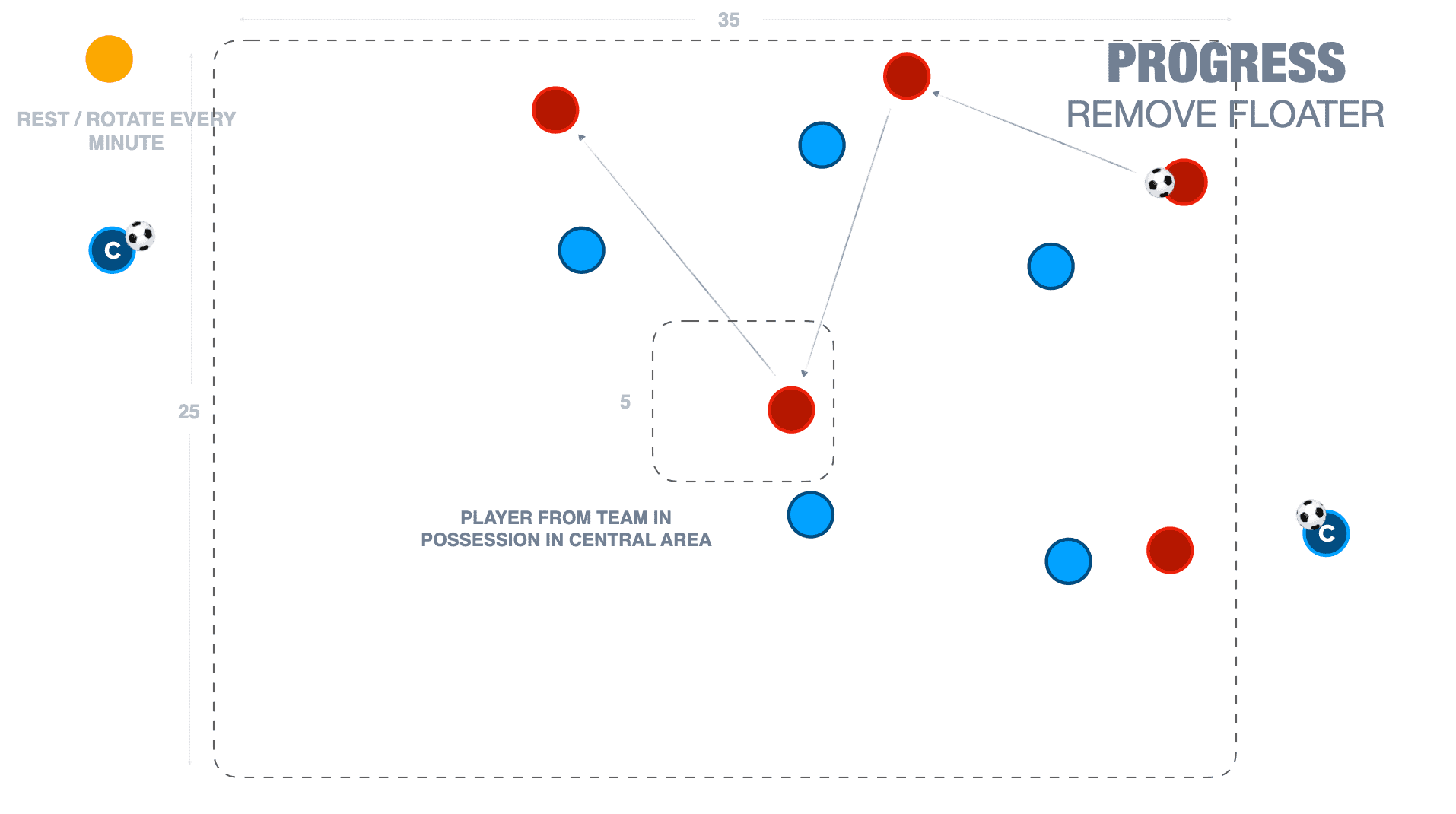