Defenders set up either side of the defending third. One defender plays pass into 1 of 2 attackers who attack defender quickly to get shot off against GK. One big goal for Attacking players to attack and 2 mini goals for Defender to attack if they win possession. Pass from each side and rotate attackers and defenders after 4-5 minutes.

3 v 2 Attack v Defence Overload Practice. Focus on movement and timing of forward passes to ensure there is a clear relationship and understanding between attacking players.

If defenders are successful for a certain time period to keep attacking players from getting a successful shot off (e.g. 4-6 seconds) then defenders can introduce an extra player, creating a 3 v 3 outfield situation. This increase in challenge will force attackers to attack quicker or adapt when faced with this balanced situation. 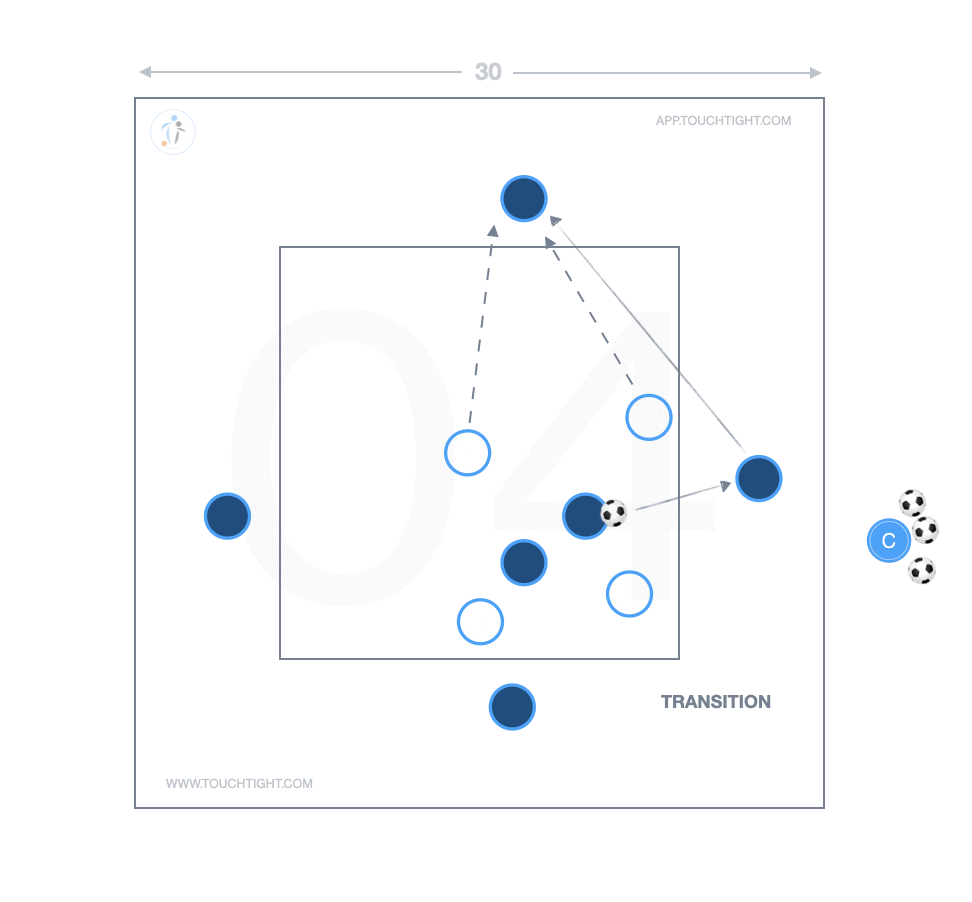 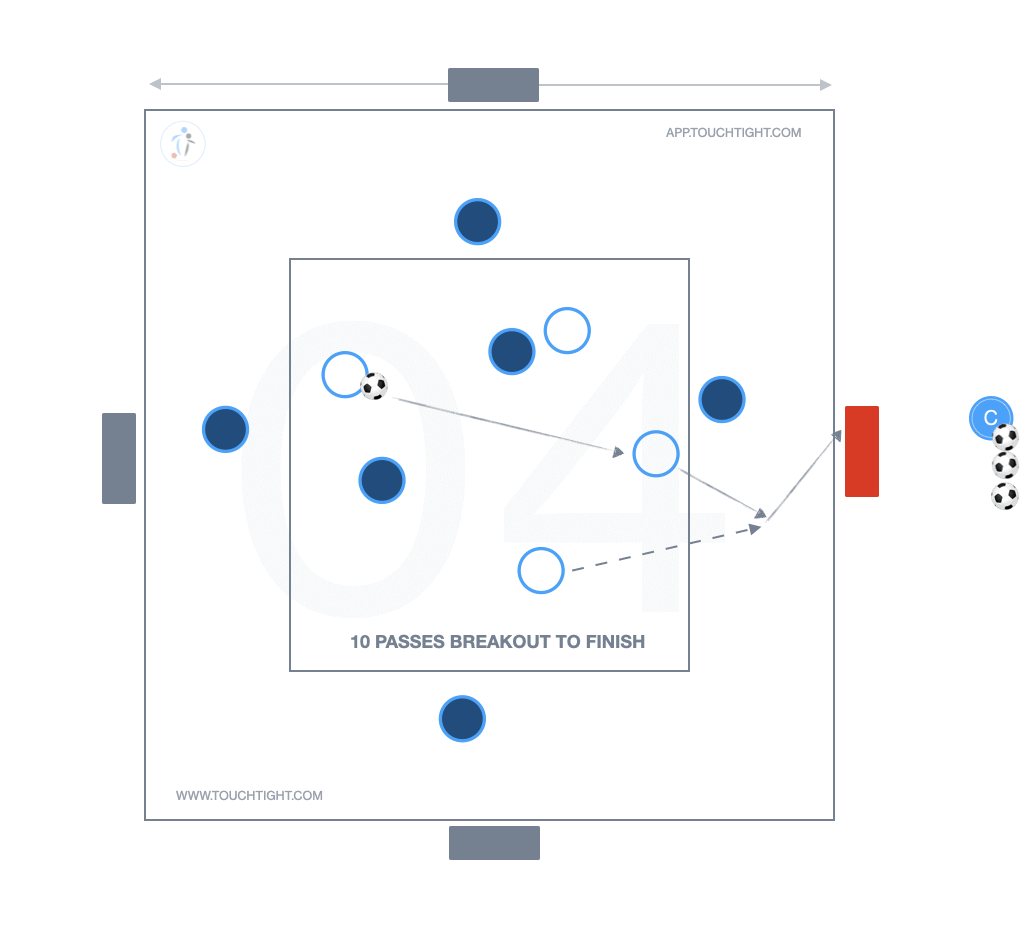 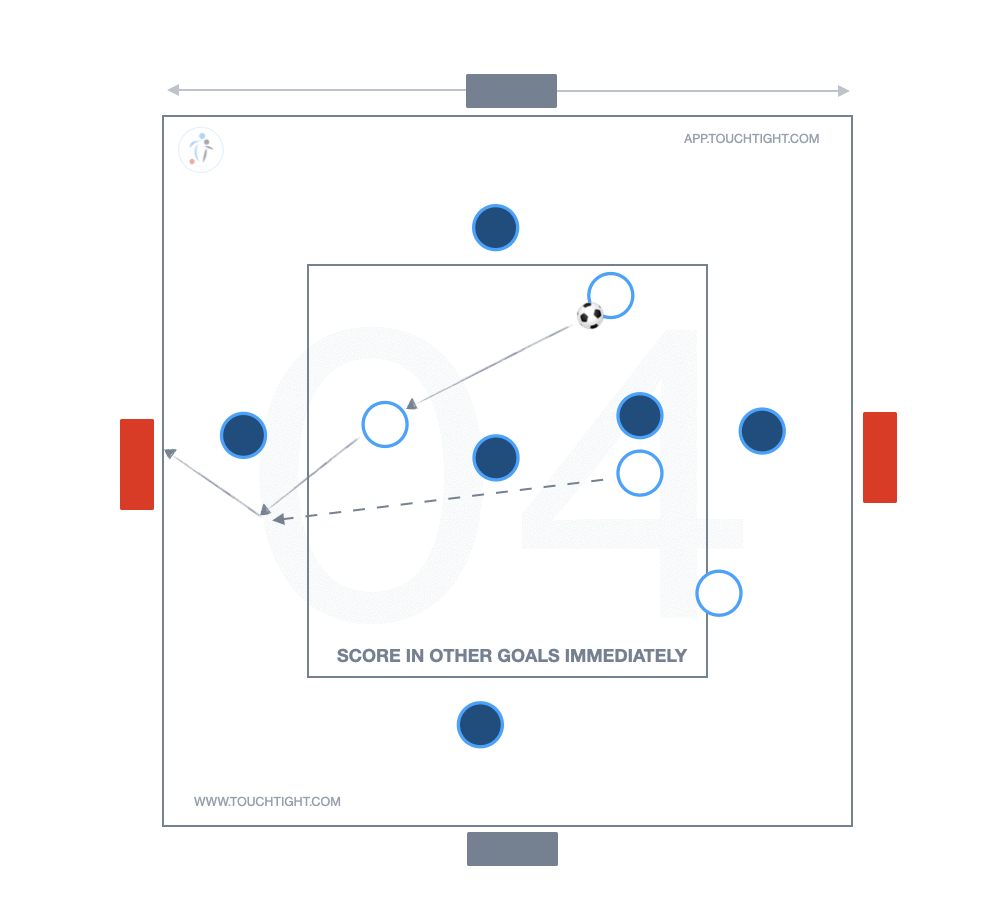 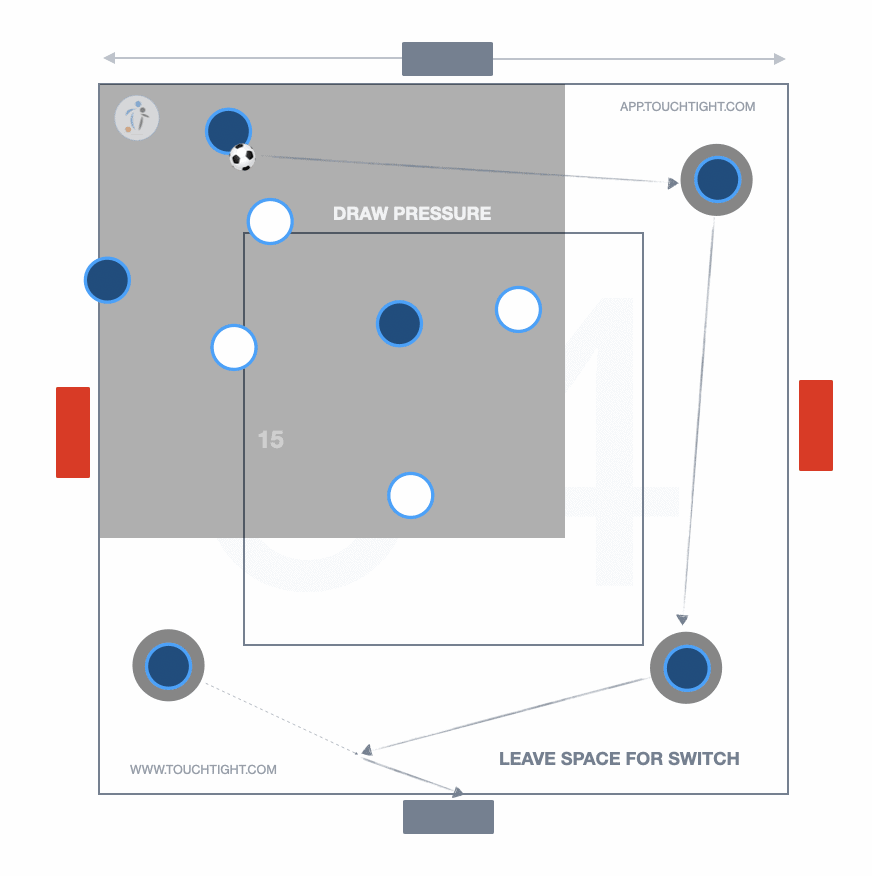